We’re touring the best films from WOFFF 2018 round Britain and Northern Ireland throughout 2019. Our next stop is  at HOME, Manchester where they’re hosting a year-long programme of films and special events celebrating women in film from around the world. WOFFF is participating in Celebrating Women in Global Cinema with two programmes of short films – one sub-titled. There’s also a BSL-signed post-screening Q&A with Rachel Hayward, Head of Film at HOME, joined by WOFFF filmmakers. Full details here for Wed 7 Aug screening  and Mon 12 Aug screening. 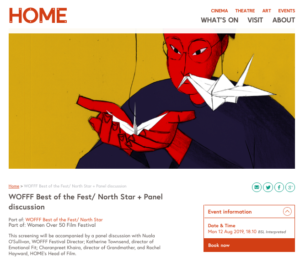 STARS OF STAGE AND SCREEN BACK WOFFF 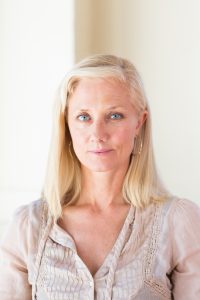 We’re delighted that Greta Scacchi is backing our work, along with some other big hitters of TV, film and stage. Joely Richardson, Amanda Donohoe and Denise Welch have all recently come out in support of WOFFF.

Joely Richardson, part of the Redgrave theatrical dynasty and star of Hollywood movies 101 Dalmatians and The Girl With The Dragon Tattoo, says “It’s so wonderful that the film industry has started to embrace women of all ages, and especially women in their vintage years.

“Ageism and sexism hopefully are relics of a bygone era. Actors are storytellers, and stories of older women are magnificent – for those extra years! How wonderful that this festival is putting this in the spotlight.”

A programme of our best films visited venues around the country.

We were delighted to be awarded our first ever National Lottery funding in 2018.  It’s great to be given such a public seal of approval for the work we do at WOFFF.

Our main spending from this award will be on subtitling many of the short films we’ll be screening at WOFFF18.

Two of our goals for WOFFF are to make the festival as inclusive as possible, and to tackle older people’s isolation. We know that as people get older a lot of them become hard of hearing. We also know that a lot of people in the D/deaf community often feel excluded from participating in the arts. With this funding we can move closer to both these goals by being able to subtitle many of our films. This will make WOFFF welcoming to D/deaf people and hard of hearing people.

We’ll continue to apply for funds to enable us to subtitle all our films. We’ll keep you posted. But for now, many, many thanks to everyone in Britain and Northern Ireland who plays The National lottery. You’ve made a huge difference to Women Over Fifty Film Festival. 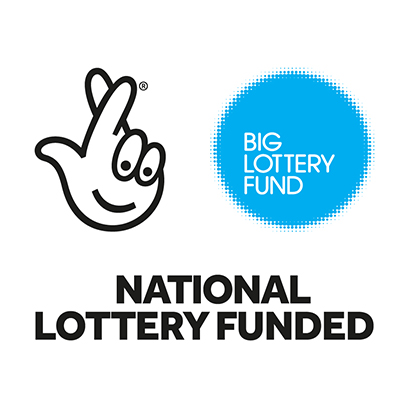 We continue to hear good things from the film submissions platform FilmFreeway.  In May filmmakers ranked us in the top 2% of all film festivals and contests in the world listed on FilmFreeway. We’ve been given this same top rating every month since February this year! Thanks for this brilliant badge of honour, folks.

Congratulations! Your festival has ranked as one of the Top 100 Best Reviewed Festivals on FilmFreeway! According to reviews from real FilmFreeway users, your festival ranks in the top 2% of more than 6,000 film festivals and creative contests around the world. 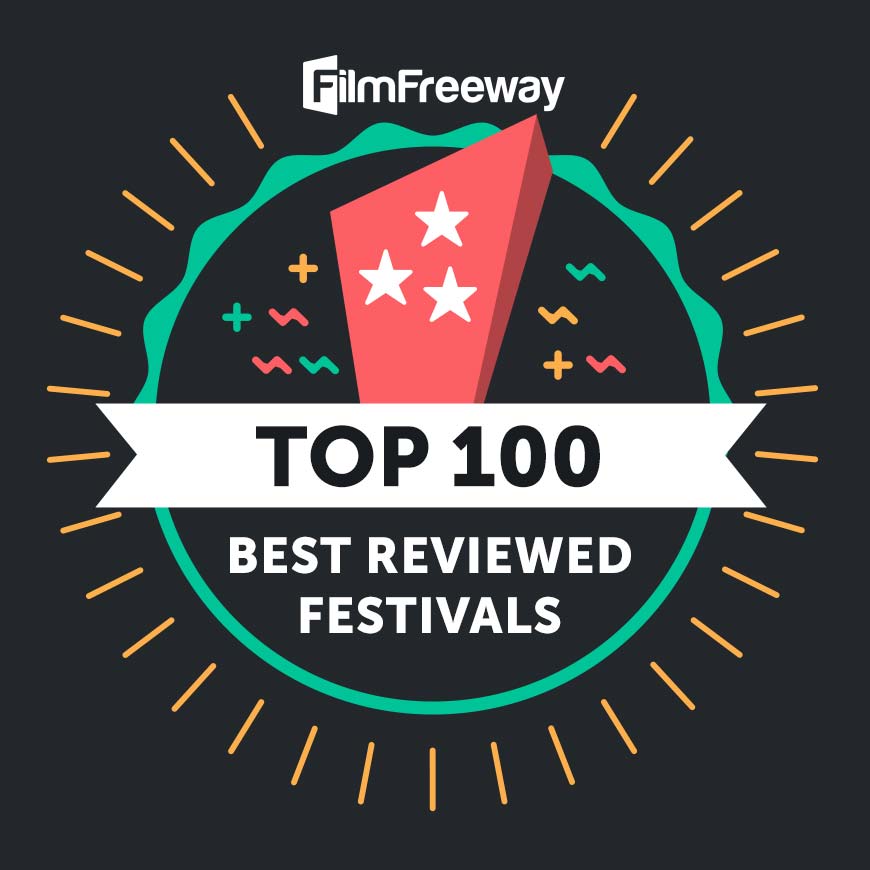 Head over to our submissions page for full details on how to enter your film to Women Over 50 Film Festival 2019.

Here’s how our  submissions map looked at the close of 2018’s submissions: 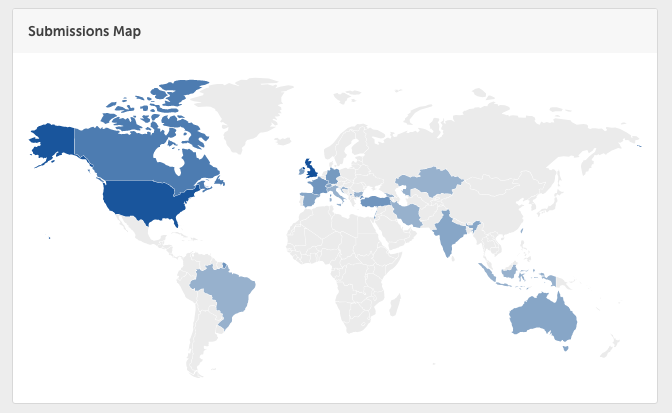 Our selection team is busy watching all the submissions now and putting the programme together for WOFFF19. we aim to let filmmakers know their films’ status by  August 2019.

In 2018 WOFFF introduced a Student Prize to encourage younger filmmakers to actively consider older women and to collaborate with them when writing, casting and directing their films. Prizes for the winning student film include £200 cash, a winner’s certificate and the film’s being part of WOFFF’s Best of the Fest Tour which screens in cinemas and community venues around the UK.

We’re proud to have introduced free student submissions . Campaigns like #TimesUp and #MeToo highlight how much festivals like WOFFF are needed. At WOFFF we want to play a part in the fight for gender and age equality and this new initiative has clearly encouraged students to join us in this to and become part of the WOFFF community. We’re delighted to announced that we’ve received more than 50 student submissions this year.

In 2019 we’re continuing to offer free submissions for students and are on the look out for another sponsor for our student cash prize. More news when we have it!

WOFFF has continued its commitment  to screening a diversity of older women’s voices worldwide with its bursary fund which was available to assist a small number of filmmakers to submit work to WOFFF 2109. In previous years we have helped filmmakers from the Afghanistan, Sri Lanka, Korea, Egypt, Iran, Singapore to submit their film without a submission fee.

For further information about our submission bursary, please contact us at  info (at) wofff (dot) co (dot) uk