The Women Over 50 Film Festival took place on 16 & 17 September 2017 in Brighton, East Sussex, UK, and this third annual, interactive and engaging weekend of films and activities for older women was the largest event to date with 55 films being screened, from the 150 submissions received from around the world, the largest number of submissions ever received.

Brenda Miller, WOFFF Best Experimental Film Award winner, said “It’s so lovely to be recognised for my work amongst peers. WOFFF is a celebration of talented film makers who just happen to be older women. The festival atmosphere is so warm, supportive and welcoming – maybe that’s part of who we are as older women.”

Winning the WOFFF FilmDoo Best Drama award Gaynor Macfarlane said “On behalf of The Hide cast and crew I’m delighted to receive this WOFFF award. It means a lot to have our hard work celebrated in this way. It is also a huge accolade to be recognised as a female film-maker over 50 by WOFFF. This festival is a necessary celebration of the wisdom which comes with age. We would also like to thank the Scottish Film Talent Network for their support.”

This year’s festival included work from filmmakers in the UK, Ireland, France, Australia, USA Canada, plus new countries including Afghanistan, Iran and Egypt. There was also an impressive line-up of on-screen talent from actors such as Maureen Lipman, Miriam Margolyes, Carrie Cohen, Ewan MacIntosh, Sheila Reid & Maureen Beattie. Short films screening at WOFFF starring household names Denise Welch and Anita Dobson showed that women over 50 are finding roles in front of the camera and that women over 50 in film are here to stay.

Carrie Cohen (Just Saying) was amongst over 30 actors and filmmakers who attended the festival to see their work on the big screen and participate in post-screening Q&As. Carrie said “I think it’s fantastic to have a film festival particularly aimed at women who are involved in film and over 50 because women over 50 are quite often ignored.”

Denise Welch who attended the event said “To say it’s an honour to have my film Black Eyed Susan screen at the Women Over 50 Film Festival is an understatement. I am a woman well over 50 now and I, like a lot of women, not just in the media but in life generally, am made to feel invisible. I had drug problems, I had alcohol problems, I was self-medicating my mental illness – Black Eyed Susan is in a way about that mental illness. But do you know something? My life began at 50; I’ve had a renewed interest in life since I turned 50. I’ve got a lot to offer; we women offer 50 have a lot to offer, and along with WOFFF, I just want to celebrate women – in all of our glory in every way that we can.”

Festival Director Nuala O’Sullivan said, “This year’s festival shows that filmmakers continue to have an appetite to make and share work with older women at its core and, from the festival-goer’s point of view, the appetite for seeing work that’s relevant, life-affirming and inspiring is undiminished.”

We’d like to say a huge thank you to all our volunteers who helped WOFFF17 run so smoothly.

Thank you Jennie, Fenella, Caragh, Carol, Evelyn, Camille, Emma & Jane – we really couldn’t have done it without you.

A massive thanks also goes to our amazing  Volunteer Coordinator, Charlotte. Thank you for your enthusiasm and energy. You were wonderful!

We’ll be looking for more volunteers for WOFFF18 so if you’re interested in a film-focused, fun, friendly volunteering opportunity, watch this space! Our shout-out for volunteers will be in Autumn 2018. 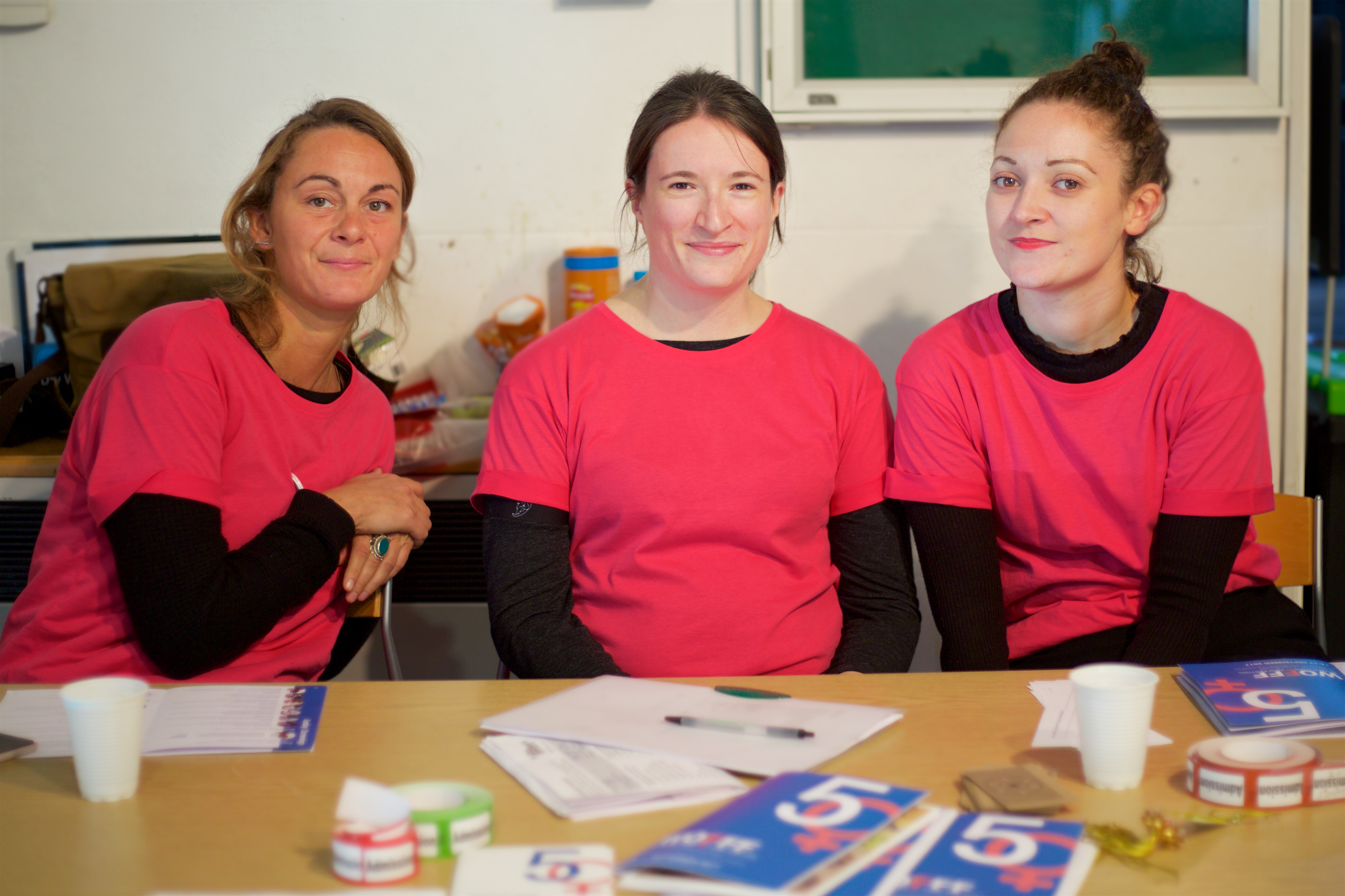