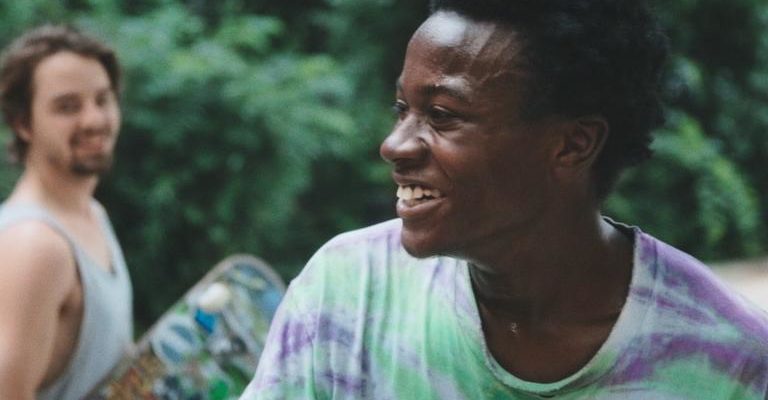 Welcome to our WOFFF watchalong, co-hosted by ReframedFilm on Thursday 7 May 2020. We hope you enjoy all the films and that you’ll join us on Twitter around 9.30PM (BST) for a chat about what you’ve seen.

Here’s our running order for the watchalong. All times are British Summer Time  (BST) and are approximate. Full links below the running order:

7:00PM Intro to the programme by WOFFF director, Nuala O’Sullivan
7:05PM Interview with WOFFF documentary subject Susan Hatfield
7.15PM WOFFF short film CIRCLE OF IRIS
7.30PM Tonight’s feature film MINDING THE GAP
8.00PM Pause your film for a short intermission. In the UK at 8PM on Thursdays many people stop what they’re doing and show their support for people who are caring for us during this pandemic by giving a #ClapForCarers
8.05PM Back to watching MINDING THE GAP
9.15PM Interview with WOFFF filmmaker Diane Quon (producer of MINDING THE GAP)
9.25PM Join the conversation on Twitter about the films. Use the hashtag #WOFFFWatchalong and tag us @WO50FF so we can welcome you into the conversation so and so others can find your tweets
10:30 PM Round off our “alone together” evening with bonus WOFFF short film CLIFF SUPERFAN! by Diane Quon

Hello from the Women Over 50 Film Festival and welcome to our WOFFF Watchalong. The queen of this evening’s programme is Diane Quon, an American filmmaker, who’s the connecting thread through all the film stories being woven tonight on screen and through our Filmmaker Talks as well.

Susan Hatfield, flowering star of our first short film, CIRCLE OF IRIS, on her love of flowers, the “grandma connection” audiences make when they watch this short, and some gardening advice while so many of us are stuck indoors during COVID-19.

WOFFF short film CIRCLE OF IRIS by Diane Quon is a snapshot of Susan, a feisty 65-year-old woman, who left the very fast lane of LA and found peace growing thousands of iris in Oregon; we also see the special bond she has developed with the even feistier 95-year-old octogenarian, Bertha, who introduced her to the power of flowers.

Bing Liu’s Academy Award-nominated documentary MINDING THE GAP is a coming-of-age saga drawing on over 12 years of footage in his Rust Belt hometown hit hard by decades of recession. In his quest to understand why so many of his peers in the skateboarding community ran away from home when they were younger, Bing follows 23-year-old Zack as he becomes a father and 17-year-old Keire as he gets his first job. As the boys grow up before our eyes, we experience the joy, sacrifice, and hope in the gap between childhood and adulthood.
For viewers in the UK, click the image below to access the film free on BBC iPlayer. Viewers outside the UK can access the film on dvd or on an on-demand platform.
This film is available on BBC iPlayer till 1 May 2021.

Filmmaker Diane Quon joins us from Chicago. Diane directed both shorts we’re screening this evening and produced our feature film, MINDING THE GAP. Diane offers us insights into the people on both sides of the camera in this documentary and talks movingly about the protective role she took on with these young adults when the full glare of the awards season at Sundance and the Oscars was upon them.

Join us on Twitter and tell us what you thought of the films so far! Use the hashtag #WOFFFWatchalong so you can see what other people are saying, and then, jump in!

We leave you with an extra watchalong treat. We had the pleasure of screening Diane Quon’s first short film, CLIFF! SUPERFAN at WOFFF16 and are delighted Diane has shared this film with us again.
This short documentary is a character study of a man who has maintained a very public persona as the “Stanford University Superfan” while keeping his personal life private and unknown to most. But when Diane gets to know him, she finds an eccentric, giving person, who has a story to tell of abuse and internment.
CLIFF! SUPERFAN is available to view until 14 May 2020.

Our next film, on Thursday 14 May, is a Reframed Film selection, A ROOM WITH A VIEW. More details on WOFFF and Reframed Film social media platforms. Here’s the UK Channel 4 link to the film (free access for people living in the UK):
https://www.channel4.com/programmes/a-room-with-a-view.
and the trailer, below.